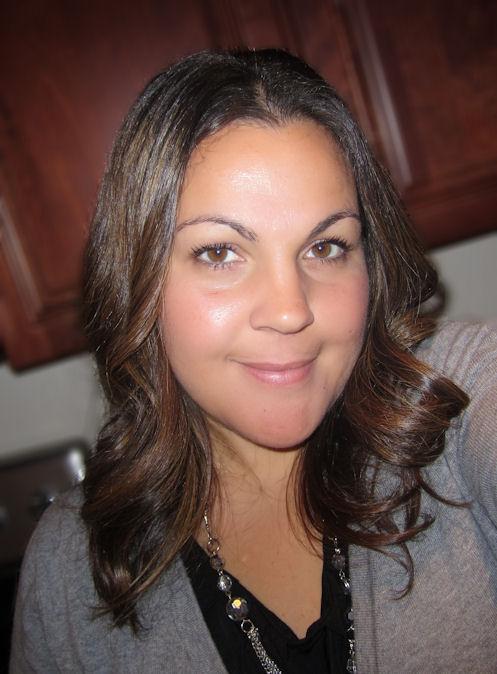 The Girl Creative celebrates Christmas in July by raising money for charity. Get to know Diana, her beneficiary and her answers to our questions about the virtues of generosity and compassion with this post from the Balsam Hill blog

Faith and family are two of the most important things for The Creative Girl’s Diana Miller. For her, these two facets of her life are what motivate her to do the best each and every time.  And while she may go through different trials, Diana knows that her faith in God and her love for her family will always help her overcome them.

As a designer, Diana extends this same burning passion when she works on her beautiful crafts. This loving mother of three shares her optimism to her followers by making sure they always get free printable subway art during the holidays. Diana says that while she may be far from being fancy, she is very proud of being just a girl who loves to create beautiful things and make people laugh. Her laid back attitude and her zest for life are what draw many people to this dynamic designer.

For her chosen charity, Diana picked the American Foundation for Suicide Prevention. In her interview with Balsam Hill, she says that she feels compassion for people who grow through a dark period in life where they begin to lose hope.

Having a loving support group behind you can help a lot in getting pass difficulties in life. With a caring family and a stern faith in God, Diana believes that anyone can overcome even the greatest of adversities.

BH: Could you tell us a bit about the cause you’re supporting and what it means to you?

Diana: The cause I’m supporting is the American Foundation for Suicide Prevention. It’s heartbreaking to think that someone would feel so hopeless that their only option is to take their life. I have personally been affected by suicide and I know a lot of people who have also so this is a cause I’d love to support.

BH: Deciding on a charity to support can be difficult. What led you to choose the charity you’re helping for this campaign?

Diana: This may sound strange to some but I really believe this is the one that God wanted me to support. I gave it a lot of thought and asked God for direction. I even polled my friends and family to help me decide. Then over the last 24 hours I had heard about 2 suicides in the news. One was a young boy scout and the other was a police officer. Being a mother (and the wife of a police officer), both stories really hit home. At that moment I realized this was the cause I was to support.

BH: Charity and giving are two things that are often associated with the holiday season, but can be easy to forget in our day-to-day lives. Do you have any tips for how people can incorporate the spirit of giving more into their everyday lives?

Diana: I think one of the greatest things a person can give is their time. There are a lot of hurting people in the world.  I bet if we tried to pay more attention to the things around us then we might see the needs around us more often. Many times people just want to be heard and understood.

BH: Could you share a story about a time someone did something kind for you that really touched you?

Diana: I’ve been very fortunate to be the recipient of kindness from a lot of people. One thing that stands out the most to me is when a family member had come into a little bit of money and they sent me a check for no reason. It really blew me away.

BH: Could you tell us about a time you observed a random act of kindness that resonated with you?

Diana: When I was in my early 20’s I was with a group of people in NYC and we came across a homeless person. One of the people I was with reached into their backpack, grabbed a PB and J sandwich and handed it to them. Turns out this person carries sandwiches with them whenever they are in NYC for this very reason. I just thought that was so cool.

BH: Could you share a story about a time you did something for a friend or family member and how they reacted?

Diana: A few years back times were rough for a friend of mine during the holidays. It was her daughter’s first Christmas but they weren’t able to afford a tree. So, I shopped on Ebay, found a tree for them and had it shipped to their house. What’s a “baby’s first Christmas” without a tree, right?

BH: How do you encourage your kids to be giving?

Diana: Well, we are still working on that! ha!

BH: Is there a time when your children acted generously in a way that surprised and delighted you?

Diana: I have to say, my girls are pretty generous with their prayers. Whenever I tell them about a family member or friend in need or sometimes even a story I heard on the news, they automatically want to pray for them at every dinner meal when they are saying grace.

BH: What do you think is a simple way people can give back to their communities?

Diana: Volunteer work is always great! You don’t have to be specifically involved with an organization, but just being aware of the needs around you and meeting them when you can is just as important.

If you would like to donate to the American Foundation for Suicide Prevention, please visit Balsam Hill’s Christmas Charity page.