When to Take Down Your Christmas Tree

While most of us do not look forward to seeing the magic of Christmas go, the time comes when we have to un-decorate the house and take down the tree. But the big question at the center of these tasks is:

When Should You Take Your Christmas Tree Down?

We hunted down nearly 150 opinions on the matter to crowdsource a definitive answer, and the overwhelming majority of people take their Christmas tree down at some point after New Year’s Day, but still during the first week of January. 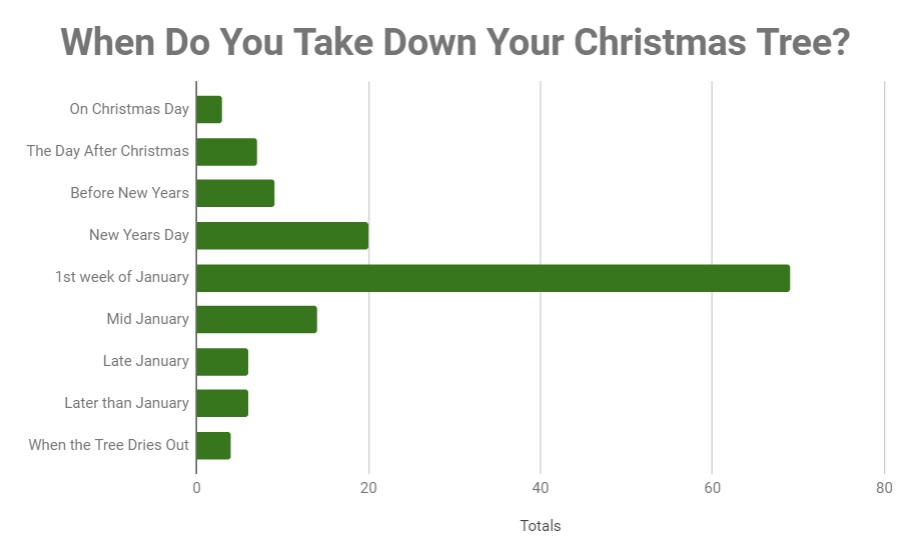 Why Take the Trees Down at that Time?

Part of the reason lies with the sentiment that with the new year comes a fresh start. Putting away the holiday decor from last year’s festivities helps to jump into the new year. However, there’s also a traditional and religious basis for this time frame.

These two holidays are traditionally the definitive end to the Christmas season and are still celebrated by many religious and cultural groups today. That’s why these are the most common days to wrap up festivities and put away the decorations. 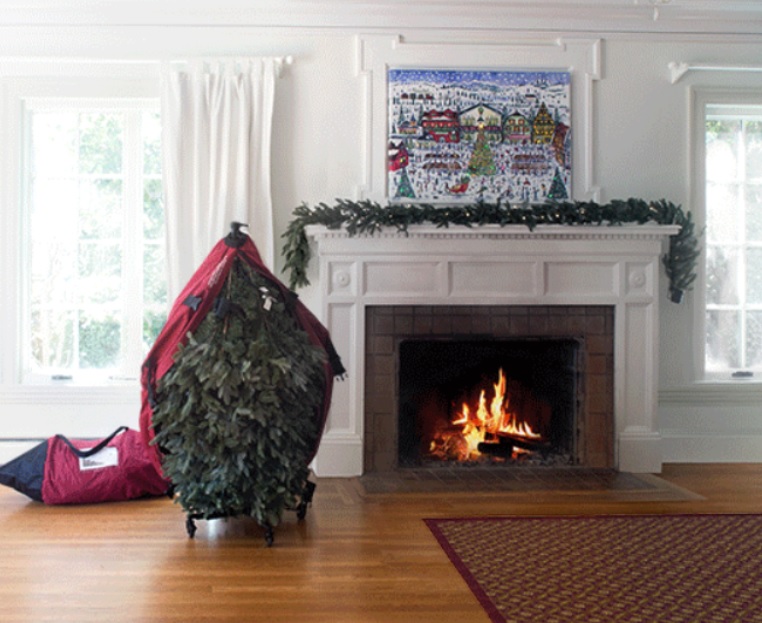 There are also some individuals that fall well outside of the majority when it comes to opinions on Christmas timelines, with a few fastidious souls packing up and putting the tree away ON Christmas Day! Others refuse to let it go so quickly and keep their decor up well past January, savoring the festive spirit for as long as possible (While not counted in our data, apparently Mariah Carey falls firmly in this group).

Aside from those who base their timeframes on the calendar, there is also a small subset of utilitarian folks who base their decorations on how their fresh-cut tree fares. The holiday season is over when the tree dries out and becomes a fire hazard.

Interestingly, while most people can cite a specific day where they like to take down the tree and put away decorations, many also commented that they consistently fall short of their organizational goals here. Whether due to seasonal busyness, family events, or even purely emotional reasons to defer the official end of the Christmas season, it can be difficult to get around to the task. These issues are nothing if not relatable.

So whether you take down your Christmas tree in the first week of January, or don’t get around to it ‘till a bit later, know that you are in good company. Taking down the Christmas tree and decor well after you intended is practically a holiday tradition too.

For fuss-free storing, check out these storage solutions at the Balsam Hill site.