Asia is considered the most culturally diverse of all the seven continents. To travel across it is to catch a glimpse of a great kaleidoscope of people and places. These differences make Asia all the more exciting and compelling to explore. This summer, join Balsam Hill as we take a look at five of the top summer destinations in Asia you will definitely want to check out on your next vacation.

For a place whose name literally means “Siam Defeated”, Siem Reap today is sprawling with life. Located near the Angkor region, this Cambodian city is also famously known as the gateway to the ancient Khmer ruins. Travel back in time as you walk in the once great halls of the Angkor Thom and Angkor Wat. These magnificent stone structures, long thought to be the counterparts of the Great Pyramids of Giza in Egypt, have stood witness to the ever-changing tides of Cambodian history. Watching the sunrise within these olden halls is also a good reason to stay a bit longer. 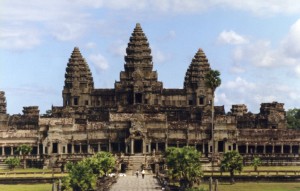 For your fare, try out the fish amok, Cambodia’s national dish made of fish and prawn with curry and chili, wrapped in banana leaves. Visit the Amok Restaurant or Champey Restaurant to sample the fish amok as well as other Khmer delicacies.

Named as one of the New Seven Wonders of the World, Vietnam’s Halong Bay has captivated the imagination of mariners and adventurers for centuries. With its colossal karsts and turquoise waters, this tranquil lagoon evokes the mystique of a far away world.

Traverse the waters of Halong Bay on a vintage Vietnamese junk. Paradise Cruises provides guests with a lavish way to enjoy the sights of this Eden of the East. You can also check out Handspan Adventure Travel to arrange a kayaking tour. 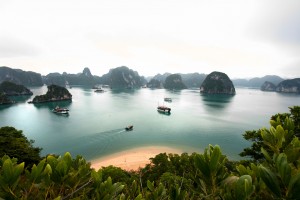 Make your way to the many glittering limestone caves found in the bay, such as the Dau Go Cave, Sung Sot Cave, and Dong Thien Cung.

Cap off your Halong Bay tour with an exquisite and flavorful Vietnamese feast. The palatial Co Ngu Restaurant, located in Bai Chay, has an extensive selection of Western and Asian cuisine that makes use of the fresh catch from the bay. You can also try the seafood delicacies of the Bien Mo and Jumbo Vietnam floating restaurants.

For centuries, Kyoto has stood as the cultural hub of Japan. The numerous finely preserved temples and castles in and around the city speak of the people’s deep respect for their pious traditions. To begin your journey to Japan’s oldest capital, start by visiting the timeless Kinkaku-ji (Golden Pavilion) and Ginkaku-ji (Silver Pavilion). These two UNESCO World Heritage sites will introduce you to the basics of Zen. 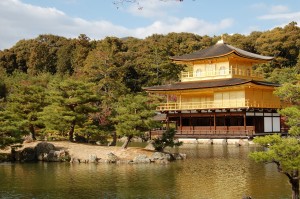 Experience the ancient Japanese tea ceremony by heading to Gion, Kyoto’s geisha district. Here you will find En, a well-known tea house in the city that provides guests with only the finest teas in the country. For a taste of quintessential Japanese fare, check out The Minokou, a restaurant that has been serving Kyo-ryori or Kyoto cuisine for 100 years.

If you’re looking for a more avant garde summer trip, there’s no better place to visit than the “roof of the world.” Kathmandu offers a wide array of unique and exciting activities. Soar high in Nepal as you go paragliding over the Himalayas. The Avia Club Nepal takes travelers sightseeing and para-trekking in their ultra-light and fixed wing aircrafts. 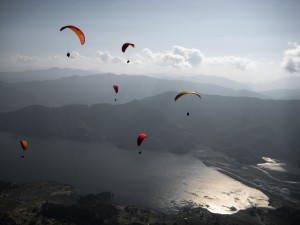 You can also make the trip to Nepal’s breathtaking lakes up in the mountains. The sacred Gosainkunda Lake, found in the Langtang National Park, is a must-see. This beautiful mountain retreat is revered by the locals as the home of the Hindu deities Lord Shiva and Goddess Gauri. The invigorating water from the lake is enough to make the 10 to 15 day trek worth it.

Another of Nepal’s scenic mountain lakes is the Phewa Tal, located 80 miles to the west of Kathmandu. This is a well-known sanctuary for the Himalayan raptors, a species of vulture found only in this high-altitude environment.

Picturesque white sand beaches, clear blue waters, and pristine reefs—these are just some of the reasons travelers can’t get enough of El Nido, Palawan in the Philippines. With 45 islands and islets to choose from, island hopping is the best way to discover the beauty of this tropical paradise. The El Nido Boutique and Art Café offers kayaking tours around Miniloc Island, Snake Island, Lagen Island, and Matinloc Island. They also have snorkeling lessons if you want to have a peek at the beautiful reefs. 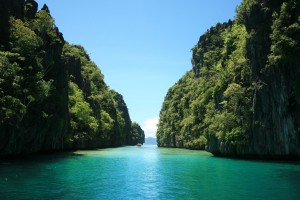 Scuba diving opens the door to another world: El Nido is home to various marine animals, such as manta rays and sea cows. It is also a place where different coral and limestone reefs can be seen. Visit any of the local diving shops or check out this list of El Nido’s dive masters.

Offering you more than just the postcard summer destination, these must-sees in Asia give you an enchanting glimpse into a colorfully diverse continent.

3 Kitchen Decor Ideas to Bring a Touch of Autumn

‘Tis Another Season to Give Thanks!